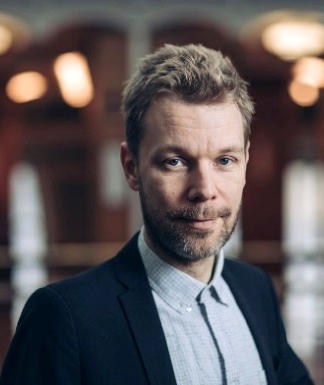 I am a Senior researcher at the Migration Institute of Finland, and a docent of Nordic Studies at the University of Helsinki. My research centres on historical and present-day issues of migration, borders and ethnicity in the Nordic nation/welfare states. I am intrigued by the myths and collective amnesias surrounding Finnish and Nordic national narratives in relation to migration and diversity.

I have taught and written extensively on these themes, and have been awarded the Vuoden tiedekynä –prize (2017) and the Finnish State Award for Public Information (2013) for my contributions.

At the Migration Institute of Finland, I am the primary investigator of the Finnish team in the consortium project Displacement, placemaking and wellbeing in the city (2019-2022). I am further developing the projects Minorities as migrants and Bordering the nation: deportation and forced removals in 20th and 21st century Finland (applications pending). In Spring 2020, I will be on a leave of absence in order to write a monograph on conceptions of nation, ‘race’ and coloniality in Finnish historiography.

I teach frequently at the University of Helsinki, and supervise MA and PhD thesis, including the ongoing PhD projects of MA Tuire Liimatainen and MSSc Anniina Hyttinen.

I received my Doctorate degree at the European University Institute (2010), and have worked as a visiting scholar at the Columbia University and the London School of Economics. I have worked in multiple research projects, including the Academy of Finland –funded projects Insecure lives: Irregular migration and precarious labour; Nationalism and Democracy in the welfare state (NADEWE); the EU FP7 funded project EUBORDERSCAPES; and Kone Foundation -funded project dealing with Vuosaari, one of the socially and culturally most diverse neighbourhoods in Finland.

I am a board member of the Nordic Migration Research –network, and a member of the Historians Without Borders in Finland. Besides academic work, I engage in museum and artistic collaborations, and have co-hosted the popular science podcast Päivystävät dosentit (Yle Areena).

Everyday bordering in the Nordic countries

The dilemma of writing minorities into national historiographies: reflections on the History of the Finnish Roma

Coping with everyday bordering: Roma migrants and gatekeepers in Helsinki

The Potential Value of Mobility as an Analytical and Methodological Perspective