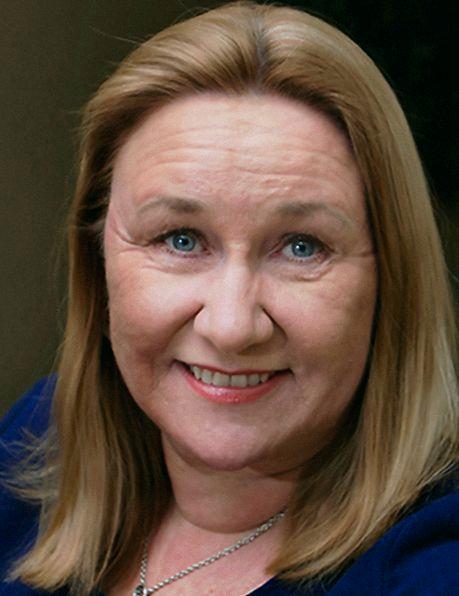 The Academy of Finland funded "Happy Days" 2011-2015 (PI Hanna Snellman) had two objectives: to discuss the concept of nostalgia and deconstruct the nostalgia related to1950s by providing a more complex picture of the era. The project idea is also to problematize the established way of viewing the 20th century as certain epochs. In our research the 1950s did not start in 1950 and end in 1959, but it started right after the Second World War and lasted until the 1960s, even 1970s. We have thus created a concept extended 1950s to discuss that phenomenon. Members of the International Scientific Advisory Board have also read and commented work in progress in our annual seminars. Research results will be published in 2016 in a special issue of the Journal of Finnish Studies (REF), published in the United States.

The project has succeeded in developing the concept of nostalgia in a more theoretical level and creating a new concept, the extended 1950s. The researchers engaged in the Happy Days project all found multiple voices from the research materials, including less pleasant memories. They came to the conclusion that nostalgia is often attached to topics and periods of time that are linked to a certain amount of struggle and misery, and above all contradictions. The 1950s feeds nostalgia because of the contradictions in people’s experiences and because of the need to take distance from past events and conditions.

In the previous research, the adoption of trousers into women’s dress has been seen as a sign of progress that took place in the 1970s. Arja Turunen’s study shows that it took longer; the dress codes of the 1950s were  basically the middle class dress codes that, first of all, were adopted in the Finnish society at large from the 1920s to 1950s and  they’ve been followed ever since although the new informal dress code has replaced it in some cases since the 1970s. This challenges the theories and assumptions of how, and to what extent, the Finnish society has changed since the 1950s. Turunen’s research also shows that there are many stories and images of the 1950s, and secondly, the  version that is based on the nostalgic longing is a counter-story to  the story of the modernization. Both stories have political aspects and consequences, and in her articles that are now in the making Turunen discusses, what are these aspects and consequences.

In her sub-project and its publications Eerika Koskinen-Koivisto highlights the constructive and critical dimension of nostalgia. Nostalgic narratives of disappearing industrial community of one female laborer entail metaphors which point towards meaningful values such as togetherness. In her narration, certain sites become nostalgic symbols of abstract changes.

Women are also studied in Lena Marander-Eklund’s sub-study:  Her research on house wives has resulted in several articles and a book manuscript which has been accepted to be published by the Swedish Literature Society in Finland in 2014. Narratives of women are discussed in the context of the changing society of the extended 1950s: home making, marriage and professionalizing of women’s work deconstruct the nostalgic way of seeing the 1950s.

In her article Laura Hirvi explores the life and work of Finnish and Berlin based artist Juhani Seppovaara. The article highlights the stylistic devices by the help of which a sense of nostalgia emerges out of Seppovaara's books. In the part that follows, she looks at the ways in which Arjun Appadurai's term of "armchair nostalgia" can be put to a new use to refer to a reader's nostalgic feelings that arise when reading a book but have no grounds in the reader's actual lived experience or her collective historical memory. The article argues that nostalgia is in the case of Seppovaara's book, is a feeling that is produced in complicity with the reader. This article brings to the fore new nuances in the production of nostalgia for Finland in the past. It is also a path breaking experiment in collaborative ethnography.

Leena Paaskoski’s article focuses on the questions of vocational choice, education and occupation of forestry employees in post-WWII Finland. An extensive oral history material, biographical interviews with the Finnish forestry officers and foresters, is given in order to illuminate the concepts of family capital and upward social mobility at the individual everyday level. In Finland occupations in forestry are often inherited. The sons of forestry employees profit from family capital as they become forestry employees themselves, and there are many so-called “forestry families” in Finland. Because the situation in Finland after the war strongly favored education, young men were encouraged to educate themselves in the hope of obtaining an economically and socially better future and in order to get more skilled workers for society. Social upward mobility, getting more occupational prestige and higher socio-economic positions compared to their fathers, was typical for these forestry employees, as well as the whole Finnish society in the extended 1950s.

In his sub-project Simo Laakkonen has created a concept environmental nostalgia. He concluded that also this concept was used in a contradictory manner in the discourses of  nature conservation and environmental protection. Laakkonen’s article on urban environmental history of children (2011) seems to be the first empirical study in this topic in the world, so far. It shows that contemporary computer games are to a high extent beased on unconscious nostalgy of past urban childhood environments.

The project also had an objective to enhance institutional co-operation with the academia and memory organizations. That has succeeded extremely well. Our research project represents a model of fruitful cross-institutional cooperation between universities and museums. Throughout our project, scholars and museum professionals met at various workshops to facilitate interdisciplinary research. The collaborative partners included the Finnish Labour Museum Werstas, the Finnish Museum of Agriculture Sarka, and the Finnish Forest Museum Lusto. This collaboration culminated in the exhibition Fields, Forests, Factories that opened in September 2013 in Werstas, Tampere. The members of the project were all involved in planning the exhibition from the very beginning. In addition, international scholars working in museums and university departments of ethnology were invited to join the advisory board that gathered once a year to comment on how the project was proceeding. This is the first time almost in a century that such co-operation with scientific ambitions has taken place. The collaboration between memory organizations and researchers of the project has also resulted in new research projects and it paves a way to future collaboration in documentation, research and public engagement.

All research data used in this project, narratives, photos, and museum objects, are already filed by memory organizations. Researchers have followed the ethical guidelines established by the museums and archives.

Negotiating belonging through death among Finnish immigrants in Sweden

Recipes for a Better Life