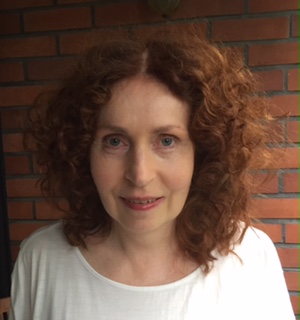 I have just finished a project on globalisation, transnational adoption and inequality, in which I examined the simultaneous processes of making and un-making of families that are part of the adoption practice. The book 'Global families, inequality and transnational adoption. The de-kinning of first mothers' published by Palgrave Macmillan was awarded Choice Outstanding Academic Title 2017.

Whereas most studies on transnational adoption concentrate on the adoptive family, I identified not only the happy occasion when a family gains a child, but also the sorrow and loss of the child to its family of origin. Situating transnational adoption in the context of the Global North-South divide, I investigated the devastating effects of unequal life chances and asymmetrical power relations on the adoption process and on the mothers whose children are adopted. Based on unique primary material gathered in in-depth interviews with South African families of origin and Finnish adoptive families, I investigated the decision-making processes of both sets of parents and the encounters between them. The first mothers’ narratives are juxtaposed with those of the adopters and of the adoption social workers who act on the principles of the wider adoption system. I also sketched the contours of a more just approach to transnational adoption that would shatter rather than perpetuate inequality. The research can also be read as an exposé of the consequences of current inequalities for poor families.

I have recently started a new four-year research project entitled 'Tracking globalisation: the transnational hair trade and the circulation of substances, money and imaginaries', in which I trace the circulation of hair, which is a global material.  The international hair trade involves big money, an estimated 850 million euros or so per year. Supply is outweighed by demand. It’s also interesting that, even if most hair comes from the global South and its destination is the global North, demand has increased in the global South as well. Thus, the routes and the pattern of circulation do not always accord with expectations: surprises occasionally occur. Data is being obtained from many countries, since the purpose is to interview women in Finland and South Africa who are acquiring hair extensions, small suppliers who live off selling hair in South Africa, hair donors in India, and the management and employees at a Chinese hair treatment plant. Hair as such is also a fascinating subject: it is part of the human body – it grows in us – but when separated from us it is made into a commodity that can be bought and sold. The question is whether or not hair, as a product, can be entirely separated from its ‘maker’, and the kinds of social relationships in which it was produced.

Black and White Strangers: Adoption and Ethnic Hierarchies in Finland

Intercountry adoption and the social production of abandonment

The De-Kinning of First Mothers

The Netherlands Organization for Scientific Research